Update: Tiled2UnityMac is now available (as of version 1.0.7.0) for Mac OS X with a full-fledged GUI. 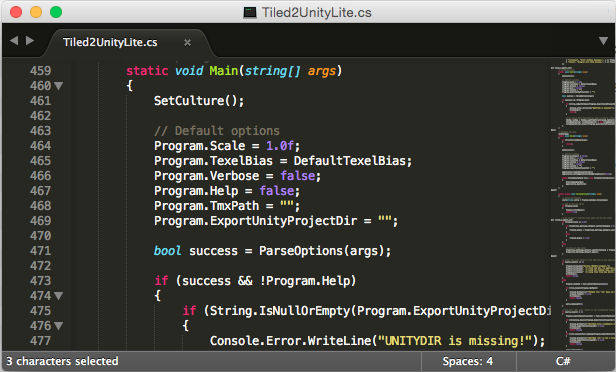 Over the holidays I decided I was finally going to do something about helping our friends on OSX and Linux systems get Tiled2Unity working within their development environments. I’m now happy to say that a command-line version of Tiled2Unity (named Tiled2UnityLite) is now available that gives any platform running Mono and CS-Script the capability of exporting Tiled maps into Unity.

Don’t let the name fool you:  The ‘Lite’ part simply means there is no GUI like in Tiled2Unity proper. You still get the exporting options we’ve been enjoying on Windows for some time now. The only thing you’re really missing is the previewer in the Tiled2Unity GUI but I suspect that feature isn’t used all that much anyhow. 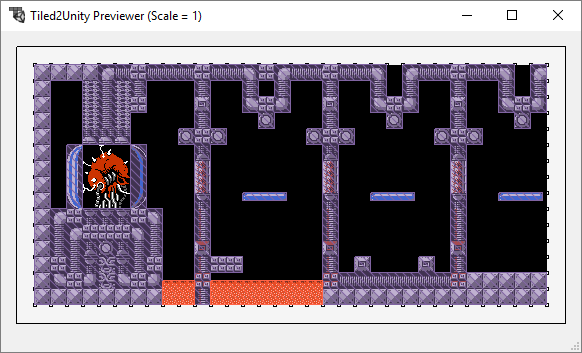 The Tiled2Unity Previewer takes great screenshots but once your map is set up for rapid edit-and-export it becomes less useful.

Below I explain how I got Tiled2UnityLite to run from Tiled Map Editor on a MacBook running Yosemite. Eventually, the goal is to have it set up where you press F5 to automatically export TMX files to Unity. This can be a (one-time) pain for some depending on how comfortable they are with environment variables and shell scripting. (I’m by no means an OSX power user so if someone comes up with better instructions I’ll be happy to post them.)

The main gist is this:

CS-Script is a clever utility that allows you to use C# as a scripting language. Time was I used Ruby for all my scripting needs but I find myself writing C# and executing it at runtime through CS-Script more and more now. It’s a great tool — and it’s the key to having Tiled2UnityLite work on systems I hadn’t planned on supporting.

However, I did have some difficultly getting CS-Script running on OSX. This is likely due to my weak sauce Mac-fu but perhaps my instructions will be of help to others anyhow (El Capitan users and others wanting to install CS-Script to a directory of their choosing see import update below):

I also needed to update my .bash_profile file so that CS-Script was in my PATH:

At this point you should be able to run CS-Script from the terminal:

With that achieved we’re ready to run C# files as a script.

Update for El Capitan users: The directions above won’t exactly work because El Capitan does not allow write access to /usr/share. Try these modified steps as a work-around:

You can download Tiled2UnityLite from the Tiled2Unity download page as a separate zip. This zip contains two files:

Go to the directory you’ve unzipped Tiled2UnityLite.cs to and run the help command on our script.

Once your environment is configured to run Tiled2UnityLite like this then you are ready to export Tiled maps directly from Tiled Map Editor into your Unity project using the Execute Command GUI.

You’ll notice I decided to run a shell script from Tiled when exporting to Unity. I’ll explain that a bit below but for now the command I use in Tiled is broken up into a number of parts:

You’ll note that I’m redirecting the output from Tiled2UnityLite.cs into a tiled2unitylite.log file (Quick note: You will have to create this log file before running the script). This helps me track down any errors that may be reported. I use the the tail command in another terminal so that I can track export progress in real time.

With everything finally configured I’m able to, on a Mac, press F5 to export a Tiled map into Unity. Here’s a quick example from one of my most cherished memories in gaming history that old school gamers will quickly recognize. 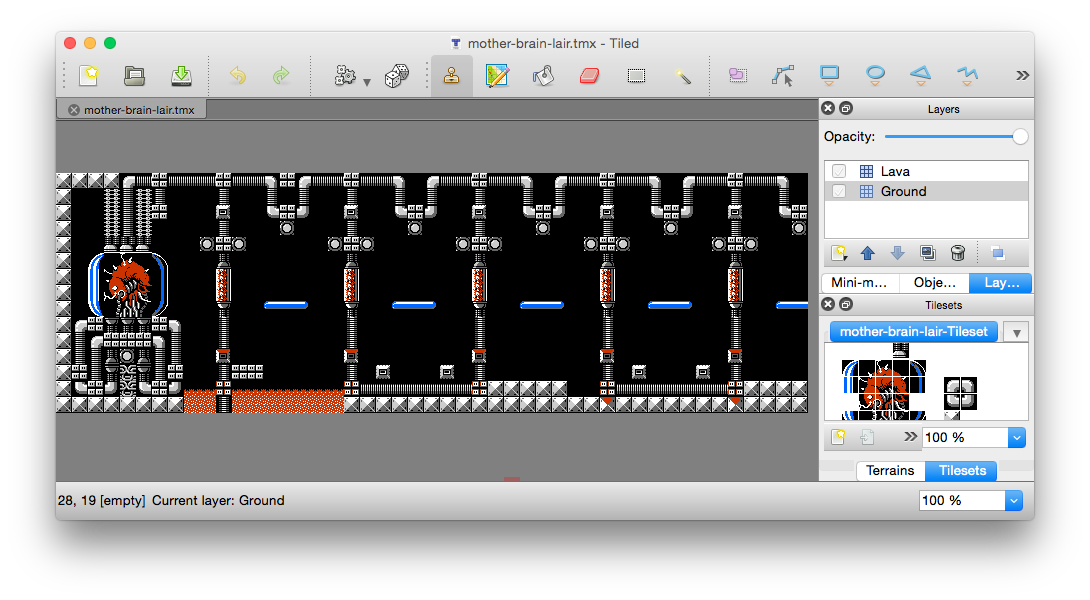 In Tiled, I can press F5 to execute a command on the currently loaded map. In this example that command will export the map, through Tiled2UnityLite, to my Unity project. 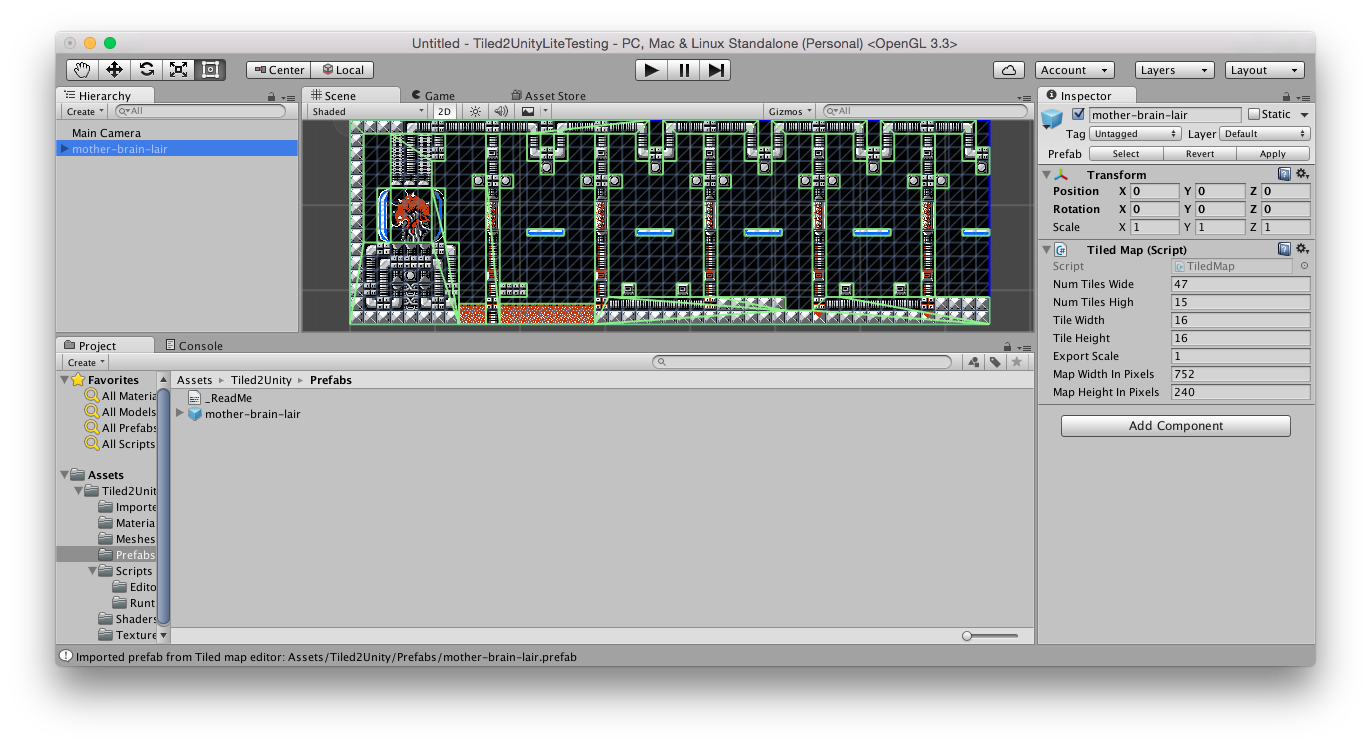 Once exported to Unity, I can put the constructed prefab into my scene. As you can see, the tile layers and colliders have been successfully imported.

Perhaps this is hard to believe but pleased Tiled2Unity users do ask if they could thank me for this tool by making a small monetary contribution. In the past I’ve asked them to support the Tiled Map Editor Patreon instead (which is still a priority, support that first!) but I do believe that Tiled2Unity has now matured into a valuable piece of software. Tiled2Unity will always be free but if you’d like to send a small gift my way I will accept it with pride and appreciation.

And on a personal note, with the new year just a few hours away, I wish you all an enjoyable and productive 2016. Have fun and keep working on your game.