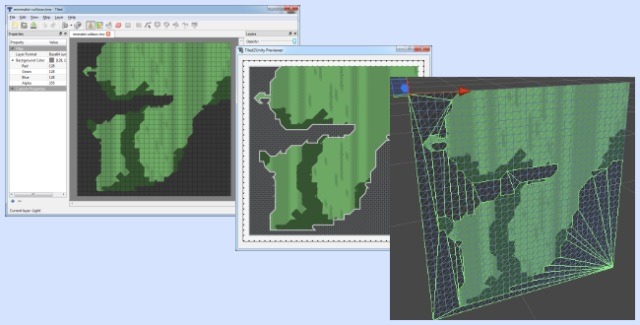 (Note: ‘Minimalist’ example artwork is attributed to Blarget2 via OpenGameArt.org)

If you’ve been working on a 2D tile-based game in the last couple of years then there’s a decent chance you’re familiar with Thorbjørn Lindeijer’s excellent Tiled Map Editor. It’s what I used when creating the maps for Mega Man in Unity and I’ve now retooled and de-hacked my Tiled-to-Unity exporter (called Tiled2Unity Utility because naming things is hard) for general consumption by my fellow game developers – free of charge under the MIT License. I sincerely hope others find it useful.

Note that I made a purposeful decision not to support isometric maps*. It adds far too much complexity for something that I think is a bit of a hack. I feel orthographic maps should be used at all times and the illusion of top-down or side-scroller or isometric should come from the art, not some weirdo coordinate system. (Your mileage may vary but it’s not like the Nintendo Entertainment System had an isometric mode.)

In order to assign collision data to tiles you will need to use the new Tile Collision Editor in Tiled. 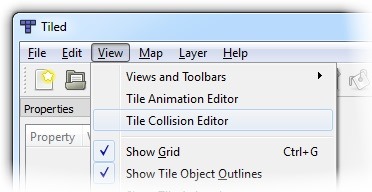 This Tiled feature is currently in beta* so you’ll need to get a version of the program from the daily builds here: http://files.mapeditor.org/daily/

For my development and testing I’ve used the May 23rd, 2014 build. (Builds older than April 24th, 2014 will crash if you have collision data in external tilesets.)

*(Edit to add: Not in beta anymore. Just download latest version of Tiled)

Before you begin exporting Tiled data into Unity, your project needs to be aware of how it will import the *.unity2tiled.xml files that Tiled2Unity spits out. The scripts for this are part of the Tiled2Unity.unitypackage file found in the install directory.

There are two ways to import this package into your Unity project:

In both cases, Unity will take you through the steps of installing the package into your Unity project. There’s a number of scripts and folders here. You’ll need them all. 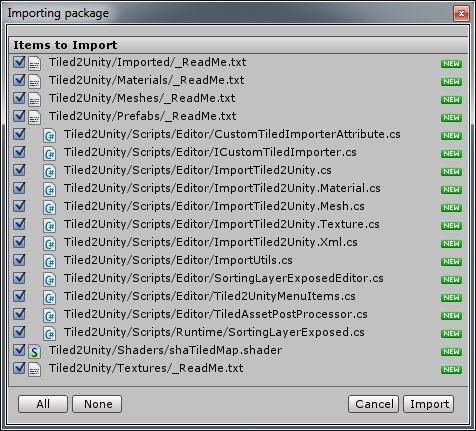 Now we’re ready to export some Tiled maps into Unity.

Your Tiled2Unity install contains a couple of TMX file examples. We’re going to open the minimalist.tmx file in Unity … 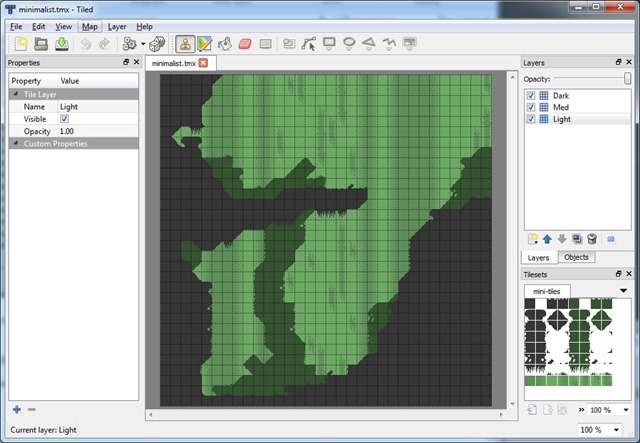 We don’t need to run Tiled in order to export a TMX file into Unity, but I’ve set up a command in Tiled that will run Tiled2Unity for me. This allows me to make my map edits in Tiled and then quickly export to Unity by pressing F5.

The command is made up of 3 parts:

Hitting F5, now Tiled2Unity pops up with our map already loaded and ready to export to our Unity project … 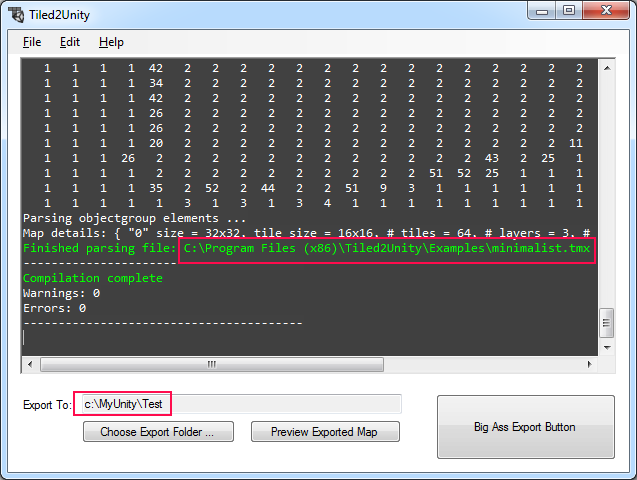 Now, pressing the Big Ass Export Button will export an XML file (in this case, minimalist.tiled2unity.xml) to our Unity project where our importer scripts will create the meshes, textures, and materials needed and roll them all up into a prefab named after our TMX file.

Now we can place the prefab into our scene hierarchy. (If our map was to be purely decorative then we’d be done.) 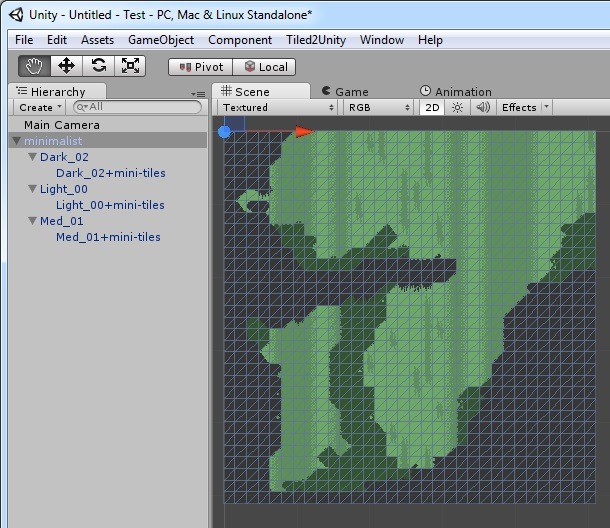 Chances are most maps we make in Tiled for use in video games will require some collision geometry on them for sprites to interact with. Other solutions I’ve found on the internet or the Unity Asset Store require you to hand-place collision objects by hand in Tiled which I think is a total PITA. I’m going to show you how we can easily add complicated collision geometry (with holes, slopes, concave shapes, etc.) to our tile layers that are exported to Unity as PolygonCollider2Ds.

With Tiled still open on our minimalist map, bring up the Tiled Collision Editor an add a Rectangle or Polygon object that fully encloses the solid dark grey tile of our mini-tile tileset … 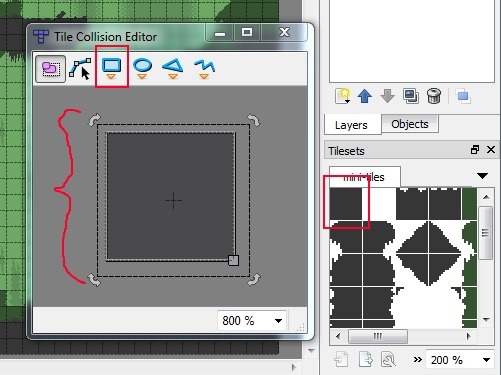 Let’s leave the other tiles alone for now and see how we’re doing. Press F5 again to bring up our Tiled2Unity exporter and press the Preview Exported Map button to see how the geometry would appear in Unity … 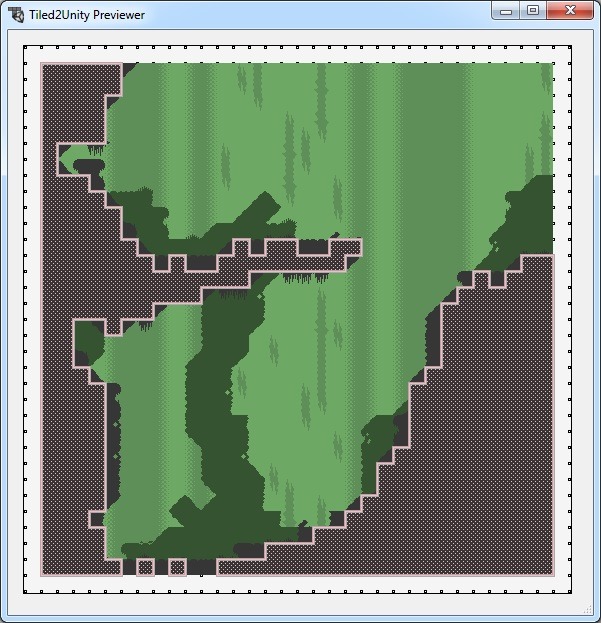 Here we can see how the geometry of just one tile will be combined into a polygon collider as the tile is repeated throughout the map. Note that, in the resulting collision mesh, there is actually four shapes here — two of which are rather awkward. Except for not matching the visuals, that’s actually okay, the PolygonCollider2D in Unity would handle this fine. 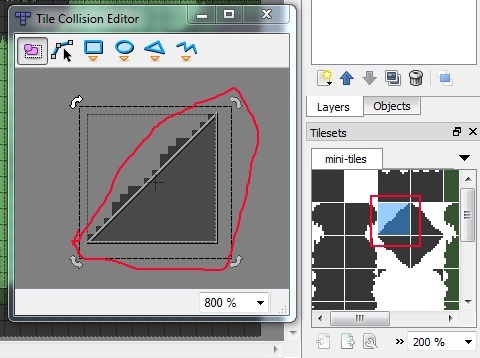 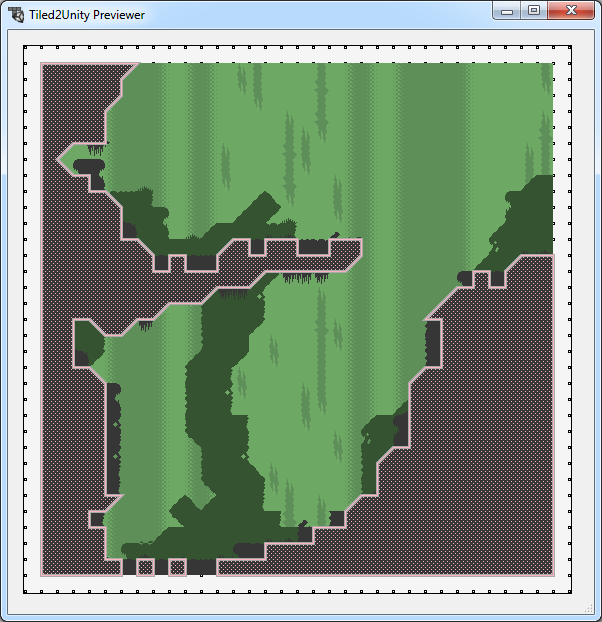 Again, this geometry could be exported into our Unity project and the PolygonCollider2D created from it would just work. 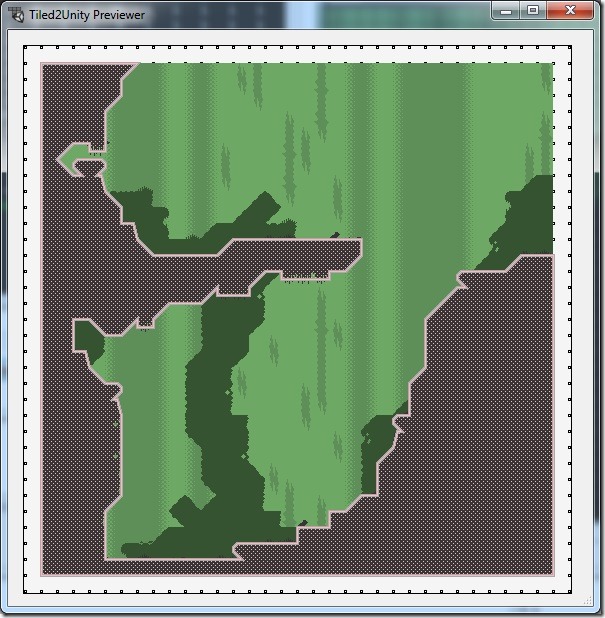 The best part of this is as we edit the map the collisions assigned to each tile move along with them. You add the geometry to your tiles once, create all the map data you like, and let the exporter take care of the rest.

Here’s the final exported prefab with our PolygonCollider2D in Unity … 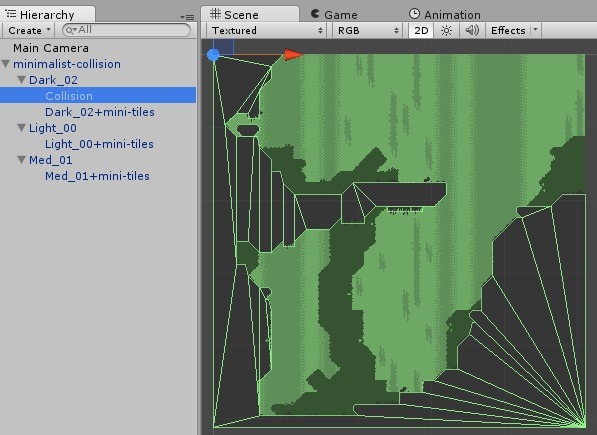 And there you go, a 2D tile-based map, authored in Tiled, with collision, in your Unity scene.

Find any bugs? Is something not working as expected? Got a feature request that makes sense and won’t kill my social life? Feel free to email me.

By the way, the magic behind this polygon construction is courtesy of Angus Johnson’s exceptional (and open source) Clipper library. In my opinion, layer collisions is the most essential feature of Tiled2Unity and Johnson’s Clipper library worked for me the first time I tried to use it. C'est Magnifique! *kisses fingertips*