On running, goals, and software 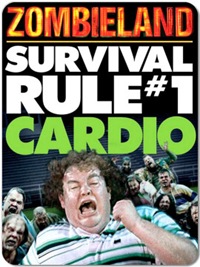 This past November I decided to run a half-marathon with a friend. I was never really much of a runner (I could barely handle 3 miles on the treadmill) and had previously found that kind of exercise so incredibly boring. But still, it bothered me knowing I could never survive the zombie apocalypse. So I registered, thereby assigning myself a new goal: In 10 weeks I’ll be able to run 13.1 miles.

Well, the run was held yesterday morning and I wasn’t there.

For the first 7 weeks of training I was feeling great about my progress. I did notice my knees acting up at times (a new sensation for me) but I was right on track to meet my goal. I was going to make it and it was going to be awesome. I was even planning to write about it here and how important it is to challenge yourself and realize your goals and blah, blah, blah.

And then 3 weeks ago I foolishly decided to push through the pain (said in my father’s voice) while reaching for a new milestone of 8 miles. Stupid. Stupid. Stupid. Now one day after the race I’m finally able to run a measly 3 miles again.

Programmers like me are natural cynics so my first thought was to chalk this up as just one more thing in life that I suck at. I tried and I failed. Film at 11.

But on second thought, why am I still running?

Truth be told when I first made the decision to run I figured I’d just do what it takes to achieve that goal and then move on with my life, all smug and stuff. But something much better happened. I actually really like running. A lot.

And now I’m a bit smarter about it. I’ve got special shoes to help absorb the impact on my knees and I’m carefully working my mileage back up. And I’ll run that bastard of a race next time. 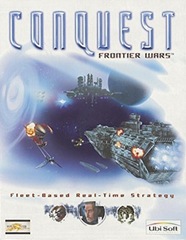 Now maybe I think about my job too much but I can’t help but to take everything I learn in life and somehow apply it to the career I love. When I started my life in game development the goal was simple: I was going to make a really kickass game. Metal Gear Solid and Quake 3 and Age of Kings better watch out, I have arrived.

Ten years and three shipped titles later that goal is still not achieved. That does get me down if I allow it - but I’ve done work I’m really proud of, with some crazy smart people, and have shipped 3 games that were just shy of being great.

Plus I learned, much more than I thought I would, that I really do love programming. It’s not just about having a career somehow tied to video games anymore. I get a real kick out of doing my day-to-day job well and learning how to do it better.

And I’ll ship that bastard of a triple-A game next time. 🙂

It’s kind of like that old saying about the journey and the destination. There is great value to be found in your attempt to meet an important goal, even if you fail.