Judging from the emails I’ve been getting, my little Tiled2Unity tool is proving to be useful for developers wanting to bring their Tiled Map Editor levels into their Unity projects.

The best received feature in Tiled2Unity is the ability to build up collision geometry from the tiles you lay down — but it only supported creating a PolygonCollider2D from rectangle and polygon objects. With the release of Tiled2Unity 0.9.3.0 (download latest Tiled2Unity here), support has been extended to polylines which are represented as EdgeCollider2Ds in Unity.

The most obvious use of this feature is for the type of one-way collision that you find in so many old 2D platforming games. That’s cool but I’ve put together a different kind of example that takes the moving platforms from Mega Man 2 (yes, again with the Mega Man references) and shows how they could be implemented with help from Tiled2Unity. 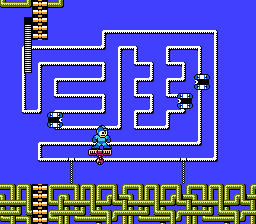 These platforms move along a charted path and seems like a great use for the EdgeCollider2D class in Unity — but having to draw out that path by hand would be a total pain. Instead, we’re going to add polylines to the tiles that make up that platform path and have the Tiled2Unity exporter create the EdgeCollider2D object for us. This way we could change the visuals of the path and the physical colliders would automatically update to match.

We start off with the platform-map.tmx file in Tiled … 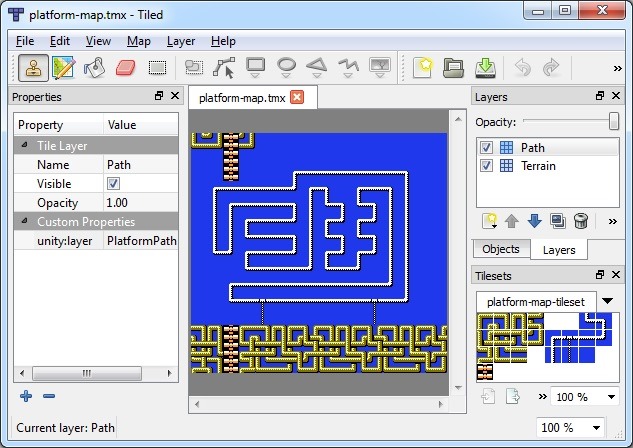 Just like we’d add polygons and rectangles to tiles in Tiled we can add polylines using the Tile Collision Editor. 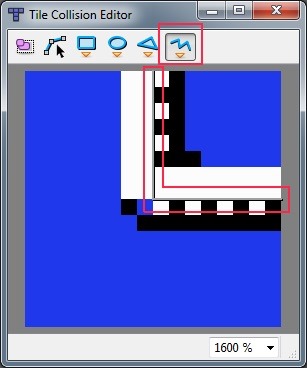 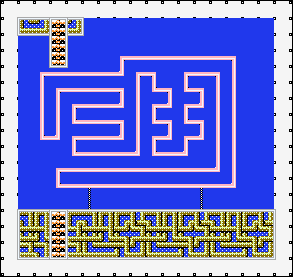 That path gets built into one continuous EdgeCollider2D component with 44 vertices which is exactly what we wanted. The example comes with a Platform sprite which is programmed to traverse that path (see the custom PlatformCharacterController.cs script). 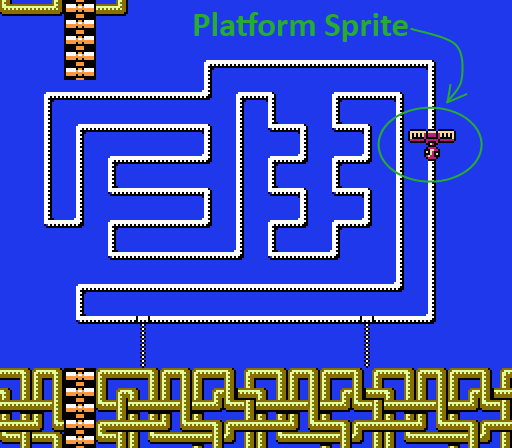 And we’re done. Send questions to me via the comments or email. Happy developing.