Better Control of Tiled2Unity Files in Your Unity Project

Version 0.9.11.0 of Tiled2Unity has just been added to the Tiled2Unity Download Page. This build contains a couple of new features for power-users.

You Can Now Put Tiled2Unity Anywhere In Your Unity Project

I had originally hardcoded all the scripts that build a prefab from Tiled2Unity to exist at the Assets/Tiled2Unity directory. However, many developers prefer to gather all third-party libraries in a common location and I totally can’t blame them for wanting to put Tiled2Unity in a location like Assets/Scripts/ThirdParty/Tiled2Unity along with everything else. That is now supported with the latest build of Tiled2Unity. 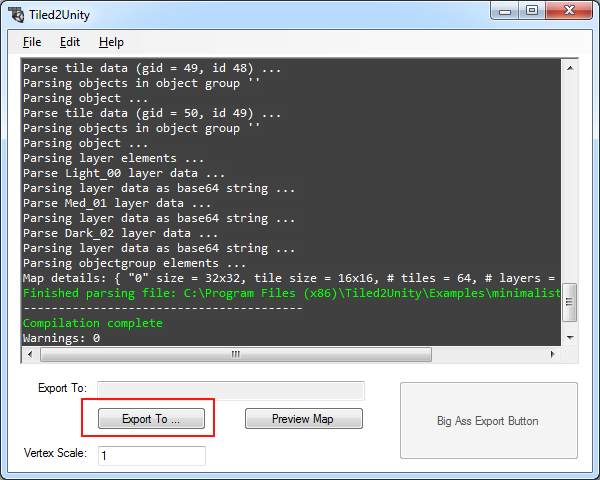 The “Export To ...” button allows you to choose where to export Tiled maps within your Unity project.

Each install of Tiled2Unity in Unity contains an export marker file that must be selected as the export destination. 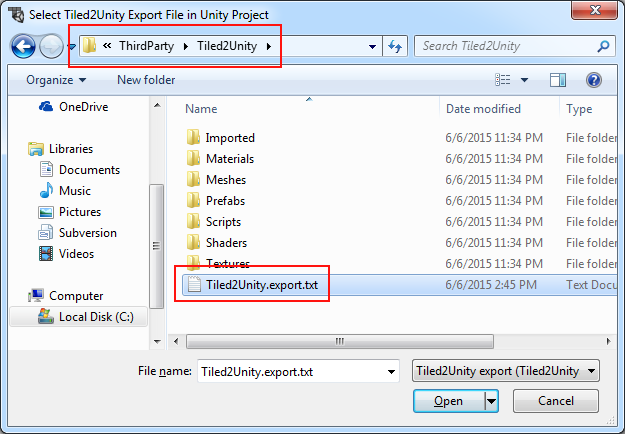 This is just a tiny bit more complicated than earlier builds of Tiled2Unity but I think the trade-off is worth it. Tiled2Unity will remember your last export destination so you won’t have to select this every time you export a Tiled map into your project.

Most Tiled2Unity users will simply drop a Tiled2Unity generated prefab into their scene but some developers may want to instantiate a map prefab through script. However, Unity forces developers to place such assets in a Resources folder. This meant users would need to export a Tiled map into Unity then move the generated prefab into another folder by hand — which breaks automation.

With the latest version of Tiled2Unity you can mark a Tiled map with the unity:resource property like so … 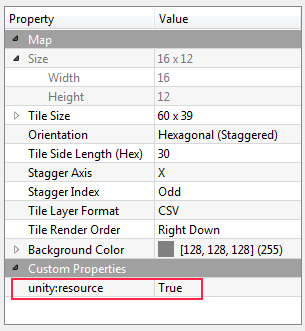 Add a custom property with the name unity:resource (set value of True) to mark the map as a Unity resource. This will allow you to instantiate the map prefab via script.

Developers employing some kind of procedural generated content scheme should find that useful.

With this latest build I have gone through and removed all dependencies on unmanaged Win32 code (the old export dialog was a big offender). The Tiled2Unity exporter still doesn’t officially support any non-Windows platform but people wanting to make Mac or Linux versions run via Mono should have an easier time at it now.