My take on Zack & Wiki sales

Zack & Wiki: Quest For Barbaros’ Treasure, is one of my favorite games for the Wii platform, as best expressed (as many things are) through a Venn diagram: 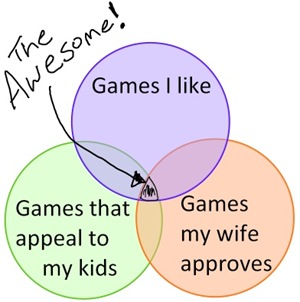 These kind of games are pretty hard to come by, especially considering my children are young girls, so I’m quick to sing their praises when they come around. In this case, Zack & Wiki is to be rewarded for doing something new and doing it well for all audiences. It’s exactly the kind of game I want to see more of.

Which, for this series, may never happen again due to absolutely dismal sales. As a developer, this breaks my heart. It’s tough enough to make any game, much less a very good one, and that accomplishment should always be awarded with a strong showing at retail.

So what the hell happened? Capcom offers that it’s impossible to tell who the Wii audience is, that it’s a tough market to crack. But I don’t find that justification satisfying, especially given their record-breaking success with Resident Evil 4 Wii Edition.

Now granted, I could never be mistaken for a marketing guru, but I think I can help crack this one. Standard caveats of talking out of one’s arse apply.

As noted above, I’m always on the lookout for great games I can enjoy with my girls. Plus, I’m absolutely surrounded by video game enthusiasts. If a game is suited to my tastes and it isn’t on my radar than there’s a problem. How did I not know about this? Was there even a marketing push for the game?

It wasn’t until a full year after Zack & Wiki’s release that a friend told me about it, which brings me to my next point …

Look, I know it’s tough to come up with a name that sounds cool and tells us a bit about your product, but for some reason Capcom went with the Joey Joe Joe Junior Shabadoo of video game names.

When someone finally told me about this game I had a hard time believing it would be up my alley because the name sounded so ridiculous to me.

I remember the Christmas season of 2007 (during which Zack & Wiki was released) as the time when I just gave up trying to keep up with all the high quality games being released in such short order:

That list is just stunning. And some of those games were not just good, but completely revolutionary. I don’t care what the marketing guys say about Christmas dollars, you’d have be totally nuts to go up against that lineup.

And more to the point for Zack & Wiki, you’ve got Metroid, Zelda, and Mario (the most successful franchise of all time) in one season? And you’re going to ship against that? Insanity.

(Actually, come to think of it, maybe Capcom did have a competent marketing presence for this game in place but it just got lost in all the noise.)

What’s tragic for the Zack & Wiki guys is that there was a real dearth of top quality games on the Wii about six months later, once Super Smash Bros. Brawl and Mario Kart Wii had shipped, that lasted for far too long. These devs at Capcom no doubt worked like mad to meet the Christmas market deadline but, ironically, probably would have faired much better had they just pushed it out until the summer of 2008. I was definitely itching for something new on my Wii (that sounds so wrong) by then. 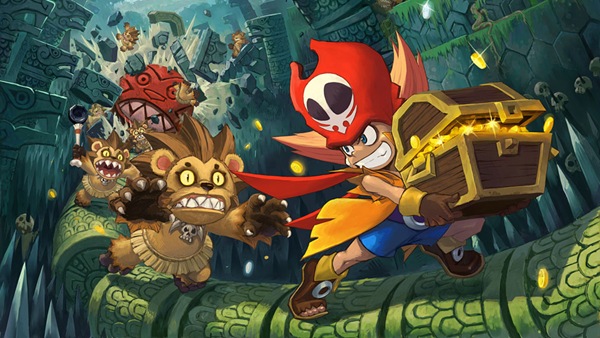 Oh well, who knows what really would have pushed this game into the limelight that it deserved. I just hope the developers are proud of the great work they did and that Capcom hasn’t totally given up on a sequel. Me and my kids would be thrilled to see one.

PS: When I think about what went wrong with Tabula Rasa, points 2 and 3 from above are definite standouts. I won’t blame anyone for saying Tabula Rasa is an even worse name than Zack & Wiki and our release date in late October 2007 was every bit as foolish.